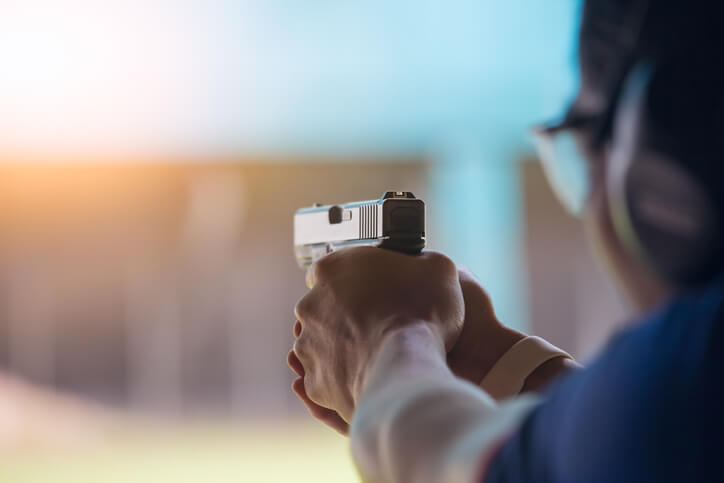 Any gun owner knows that the only way to improve as a shooter is to practice. If you’re always practicing with live rounds, it can get expensive quickly. Luckily, there is a safe and free type of tactical firearms training gun owners can use to improve their skills: dry-fire. Dry-firing refers to shooting without live ammo. Since it requires no ammunition or ear protection, the cost of this gun training is essentially nil.

Dry-fire allows gun owners to build a strong foundation of basic skills such as proper grip, stance, trigger control, sight picture, and sight alignment. Gun owners who struggle with reducing their flinch reflex might benefit from dry-firing: after a while, muscle memory becomes accustomed to a firearm that does not recoil.

Dry-firing can be done essentially anywhere; while gun owners can practice dry-firing at a firearms training center in Gainesville, FL, such as Six Maritime, they can also dry-fire at home. Even if you don’t have the time to make it to a shooting range every day, you can still practice your shooting.

Dry-firing should be completely safe. Before practicing dry-firing, gun owners should unload their weapon and visually and physically confirm that the weapon is clear. If the gun is set down for any reason, always re-clear the weapon before resuming training. It may be a good idea to store ammo in an entirely different room, just to be safe. Don’t forget the basic rules of gun safety; never point the gun at people, pets, etc.

Be extremely careful when going from live to dry or vice versa; this is when most accidents happen.

There are a number of useful dry-fire drills gun owners can use to improve their skills.

This exercise is designed to improve trigger control, and only requires a coin and a gun. Balance the coin on the barrel of the gun, aim, and (dry) fire. If the coin falls, it indicates that the muzzle is dipping/moving when fired. Practice holding the gun steady until the coin stays in place. This drill can also be done with a metal washer or empty casing.

This is a particularly useful exercise for people who carry concealed. Drawing quickly and safely from underneath a shirt, jacket, or other layers can be more difficult than expected. It is important to practice drawing in order to avoid snags and fumbling.

Firing one-handed is far more difficult than firing with two hands, but this is a useful skill to have in case of an emergency. Practice this skill by dry-firing one-handed, alternating between your dominant and non-dominant hand.