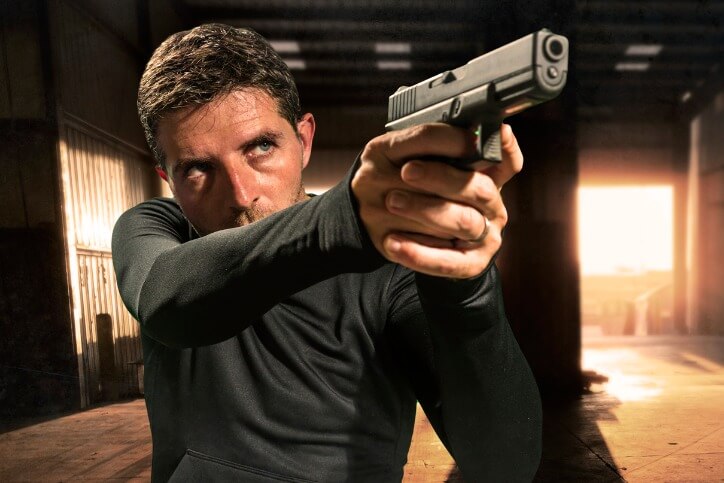 Movies are hardly representative of real-life situations, especially action movies. Maybe that’s why we love watching them so much — movies provide an escape from daily life. But while movies provide a fun form of entertainment, their usage of firearms and firearms training tends to stray more towards fantasy rather than reality. From aimlessly shooting their way through fast-paced action sequences to stealthily taking down an entire criminal organization, on-screen characters do very little to paint a fair picture of what gun training is all about.

Here are some common gun training myths found in popular movies. Want to learn how to handle a gun the right way? Contact us today to enroll in one of our tactical weapon courses.

Recoil Is A Thing

Anyone who has shot a firearm before can tell you that recoil is real and more powerful than it seems. In fact, a significant aspect of gun training focuses on adopting proper aiming stances and hand grips to lessen the effects of recoil. Despite what classic and recent action blockbusters would have you believe, your upper body doesn’t just remain locked in place after shooting. Instead, it takes significant mind and body strength to process the kickback from a gun and to reduce flinching while shooting.

Aiming Is Not Optional

While many relish the thought of developing perfect aim, it is simply impractical to think you could just point, shoot, and easily hit your target. We’ve all seen them on the big screen — the secret agents with god-given talents who take down over ten targets without so much as looking where they are shooting. It makes for great entertainment, but hardly a realistic depiction of what shooting is about.

Suppressors Are Not A Mute Button

Speaking of secret agents, gun suppressors have also garnished an exaggerated reputation thanks to spy movies. It might seem as though all it takes to muffle the sound of a gun firing completely is a 9mm pistol silencer. In reality, though, gunshots are still plenty audible for the neighbors to hear, even with the best of suppressors. Sure, suppressors can still be great at reducing decibel levels, but they’ll hardly produce a silent shot like you hear on screen.

When it comes to safety standards, one of the first things gun trainees learn is keeping their fingers off the trigger until they are absolutely ready to shoot. Doing so is crucial to avoid a catastrophe, especially in high-threat situations. Unfortunately, on-screen characters rarely follow this rule, choosing instead to escalate the situation by pointing their guns around, finger on trigger. Does it work on screen? Sometimes, but it’s not how people gun train in real life.

Shooting Through Walls Is Hardly Ever Effective

Besides being incredibly dangerous, shooting through walls or other solid structures is tactically unsound. Not only are you unlikely to get a good hit without a clear view of the target, but you also waste ammunition and make unnecessary noise that could put you at a tactical disadvantage.

Proper gun training goes beyond the mere handling of a gun. Your mind is just as important to train. Learn more about our tactical mindset courses and get in touch with us today to schedule a tactical training session.