SIX MARITIME'S INTELLIGENCE AND OPERATIONS MIGHT ON DISPLAY IN NIGERIA

SIX MARITIME'S INTELLIGENCE AND OPERATIONS MIGHT ON DISPLAY IN NIGERIA 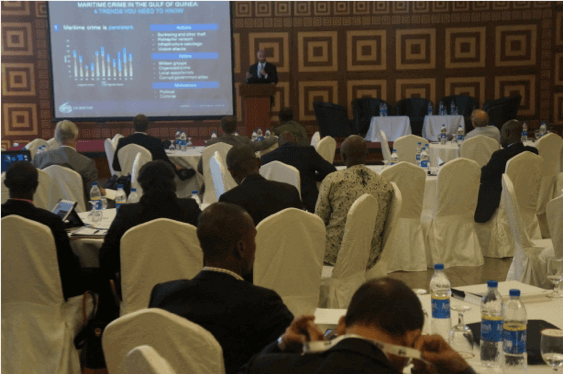 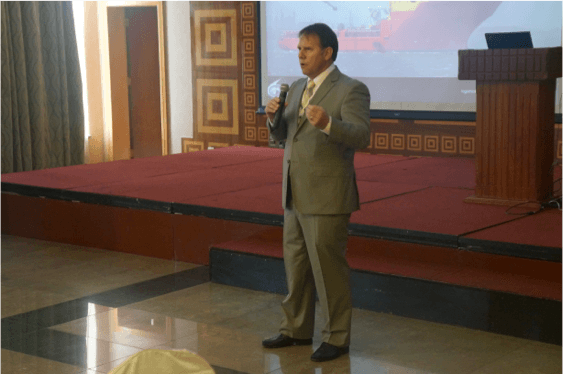 Six Maritime’s exhibition, “West African Piracy: Trends, Tactics and Staying Ahead of the Evolving Threat” was substantiated by more than eight months of research and analysis at Stanford University. The university research on instability in the Niger Delta and piracy in the Gulf of Guinea has fostered the development of Six Maritime’s unique set of security solutions. The maritime security company’s innovative practices are engineered to combat the billions in annual losses suffered at the hands of oil thieves, pipeline saboteurs and pirates that terrorize Nigeria’s littoral regions.

Bryan Abell began the exposition with a synopsis of his work published in forums such as gCaptain.com and the Stanford International Policy Review, titled, the “Four Trends You Need to Know” about West African piracy. These included the persistency of the region’s maritime crime, the rise in hijackings, changes in attack locations and the limited range of kidnapping incidents.

“We’re not here to regurgitate the facts”, Abell explained. “Instead, our analysis seeks to achieve four objectives: first is to enhance the decision-maker’s understanding of the problem. Facts are useful, but insights on what the facts mean and how they impact regional strategy are critical. Second is to reduce uncertainty by arming decision-makers with the analysis and insights needed to make an informed decision. Third is to provide early warning on significant events that may impact a client’s policies and strategies. Early warning of threats buys critical time for leaders and allows for proactive versus reactive decisions. Fourth is to identify key opportunities for industry leaders to develop proactive and effective security strategies.”

Paul Robinson followed the analysis with a dynamic overview of Six Maritime’s intelligence-driven security solutions, illuminating the company’s inimitable security strategy of maximizing vigilance through early threat detection. “The lone duty officer standing the mid-watch onboard is a vessel’s critical vulnerability. Even your most capable officer on the bridge will eventually succumb to human factors like fatigue and complacency”, said Robinson. “In more than ninety percent of the region’s piracy incidents over the last 11 years, crews didn’t know that they were under attack until the watch officer was staring down the business end of an AK-47. By then, it’s too late. There’s no evasive maneuvers, no calling for help, no retreating to the citadel or engine room. You are now a statistic.” He went on to explain that BMP4 procedures, even somewhat modified for the Gulf of Guinea, are not enough to protect a vessel and her crew from an aggressive, heavily armed and tactically proficient boarding party.

Six Maritime’s second approach is the employment of its early detection technology. The Hex rotary-wing and Maveric fixed-wing unmanned aerial systems (UAS) allow for day and nighttime aerial surveillance and threat identification from maritime platforms. These UASs are employed by Six Maritime and Elkins Marine-trained shipboard pilots and effectively increase a crew’s early indication and warning radius by up to 10 kilometers (5 nautical miles).

Six Maritime INC has teamed up with another local partner, Ocean Explorers Limited, a subsidiary of Awartise Nigeria Limited, to employ these training and security strategies. Ocean Explorers, located in Warri and Lagos, has served the Nigerian offshore oil and gas industry for more than 30 years. The team’s next project is to address the country’s vulnerable network of oil and gas pipelines that crisscross the Niger Delta.

“At the core of every elite unit are two common principles”, said Abell, “operations are driven by sound intelligence and every team member demonstrates an absolute mastery of the basics.” Based on the company’s showcase of analytical methodologies and practical solutions in Lagos, the Six Maritime team appears primed to change the way that the region’s energy and shipping industries protect their interests.